Way-back Wednesday: The Evolution of the SMB Uniform

By Veronica Klingel
Photographs taken by Ilene Gould, courtesy of the MSU Archives

You may be familiar with the current Spartan Marching Band Uniforms, but over the ensemble’s long history there have been several variations of the design. The SMB Media Team recently had the opportunity to visit the Michigan State University Archives and see the vast collection of historic uniforms.

The uniform worn by the SMB has grown and evolved alongside the organization that it represents. Modifications made to the uniform were reflective of change in the ensemble, and in the beginning, these alterations were made for very practical reasons. For example, the earliest uniforms bear the letters “M.A.C.”, since at the time of the SMB’s inception MSU was called Michigan Agricultural College. Therefore, the new name necessitated a new uniform. 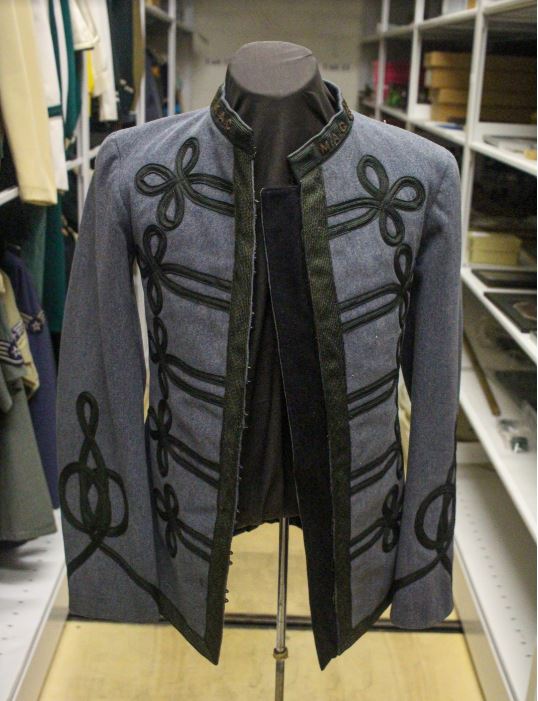 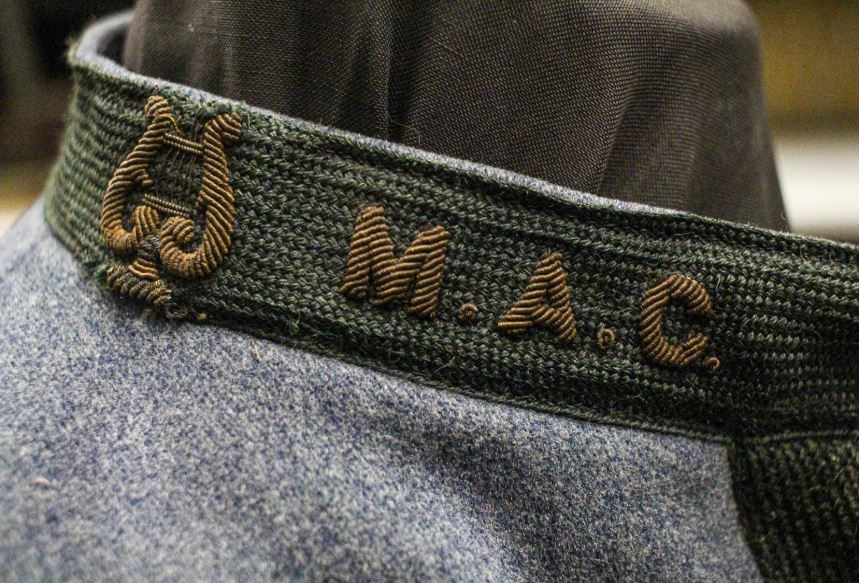 The SMB originated as a part of the Reserve Officers Training Corps, so the initial SMB uniforms had a much more militaristic design than the uniforms worn today. Additionally, the first few uniforms were not even made in the school’s colors. The iconic green and white uniforms did not come along until 1952 when Michigan State College officially became Michigan State University, and while the color shift is indicative of the separation between the SMB and its ROTC roots, the military style is still very present in the uniform. 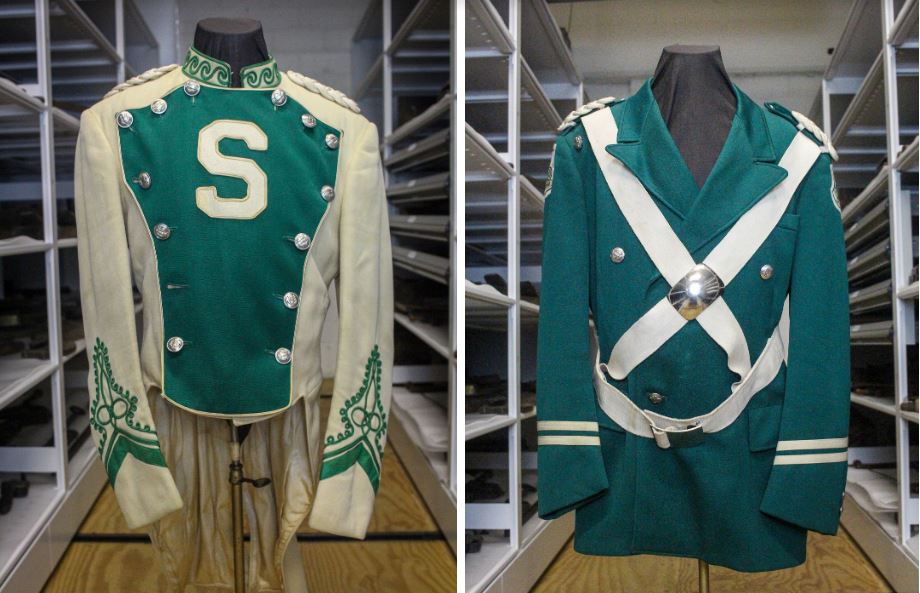 As time wore on, the SMB uniform was modernized. The ensemble was shifting away from its military background to a role more based in sporting events and entertainment, and this shift carried over to the design of the uniform. Updates to the styling of the SMB uniform were dictated more by changes in fashion than by the ensemble’s ROTC history, which is especially evident in the design worn between 1964 and 1974 (below). Even the hardware on the uniform was upgraded, replacing the old school button with a more convenient and efficient zip-up system. 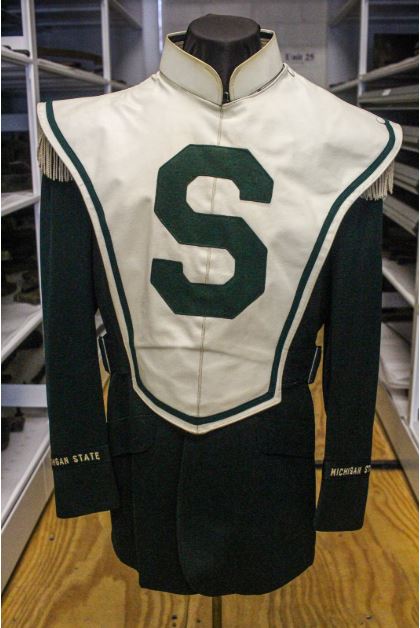 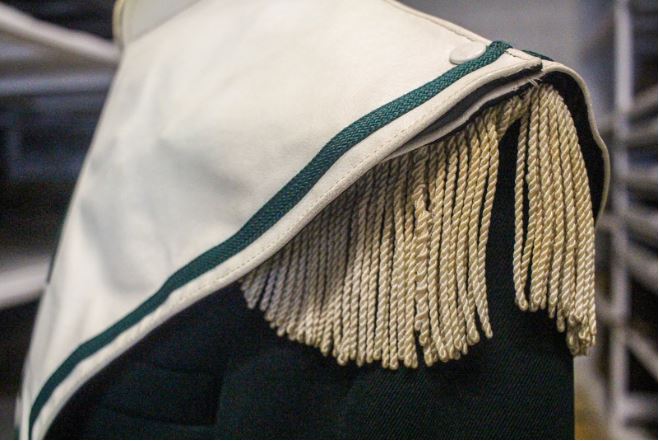 Marching Band Uniform (1964-1974). This version of the SMB uniform included fringe over both shoulders of the jacket, an element that was very in-style at the time this uniform was worn. The white spartan overlay can also come off so the green underneath can double as a concert uniform.

The SMB’s extensive history has been a time of tremendous growth, development, and change. The organization has existed under three different names, performed in various capacities across campus and beyond, and transformed from a ten member military band to an ensemble that today is three hundred members strong. But for all of the change that this ensemble has seen, one thing is constant – the overwhelming sense of pride one feels while wearing the SMB uniform. No matter what the uniform looks like, it is a symbol of hard work, dedication, and determination. The uniform is a vessel for our ensemble’s story, and it is just one more element of the SMB that connects current members to one hundred and fifty years of tradition and excellence. 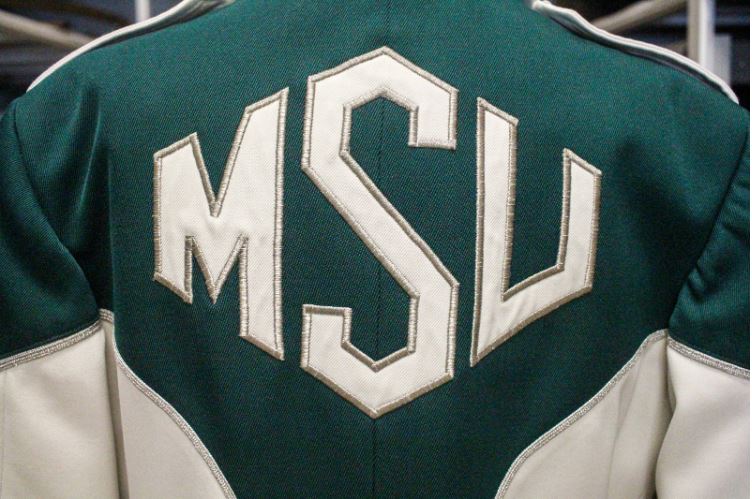