Tell us a little bit about yourself.

I am from Traverse City and went to Traverse City West Senior High School. Rachel Linsmeier (the 2nd SMB female Drum Major) was my band director when I was a drum major in high school. My sister, Kali Sanford, is currently an Osteopathic Medical Student at MSU. I am going into my fourth year in Music Education in the French Horn studio and formerly played Mellophone in the SMB (like Evan). My interests in music span a wide variety of areas. Currently, I am focused in Early Childhood Music and Music Therapy, however I am open to anything having to do with teaching music. I work at the Community Music School and am hoping to go to graduate school after teaching for a few years in early Music Education or Music Therapy.

Do you already know Evan?

Evan and I know each other well! He was a squad leader my freshmen year and took me under his wing, mentoring me through my first year in the SMB. Being in the same studio in the College of Music and in ensembles, we spend a lot of time together. We are really looking forward to working together because we already know each other well and will have of fun! Although he will be spending a lot of time teaching me the ropes, Evan is very relaxed and has welcomed me right into the role. Our leadership styles complement each other and will allow us to function efficiently on the field. Given our prior friendship we feel comfortable and trust each other, which is important when you’re strutting full force at each other in the stadium! We are both passionate about band but love to laugh and be goofy. We spent the past few weeks as instructors at the PAC Drum Major camp with many of the former SMB drum majors and got a chance to work together, which got us excited for the season! 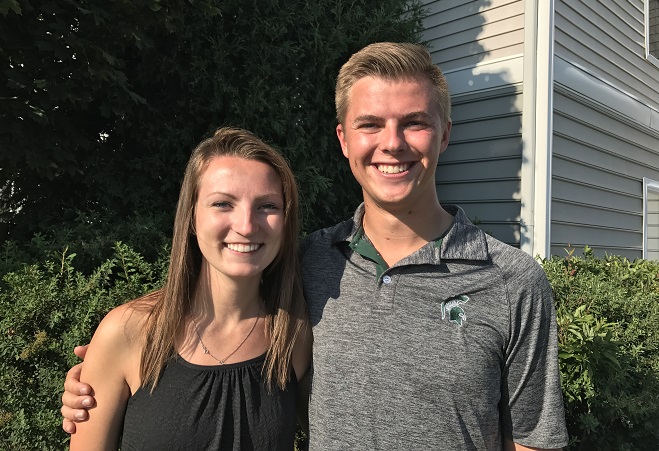 What was the audition process for drum majors like?

The audition process is stressful. The past Drum Major spends a couple of months prior to the audition teaching the fundamentals of the pregame routine, back bend, strut, commands, and marching. This year we had the largest number of people ever come to audition. The audition itself consists of fitness testing, back bending, doing the pregame routine with the strutting entrance and marching. After narrowing it down to just a few, the audition process is completed by performing with the current drum major, and finally an interview. Then the wait begins to hear the results.

What motivated you to try out for drum major? Can you describe how you felt when you found out you were selected?

Rachel Linsmeier is my main inspiration. I auditioned for Drum Major in high school and wasn’t sure what to expect as I was young and fairly quiet. Pat Brumbaugh, my director at the time, believed in me and placed me in the role. Rachel, a student teacher at the time, mentored me through my first year. I received leadership training from her and from the MSU PAC camp and started to grow into the role. The next year Rachel became my band director and I was able to improve even further on my leadership skills. She was not only a role model for leadership but also an advocate for women in Music Education and Leadership. 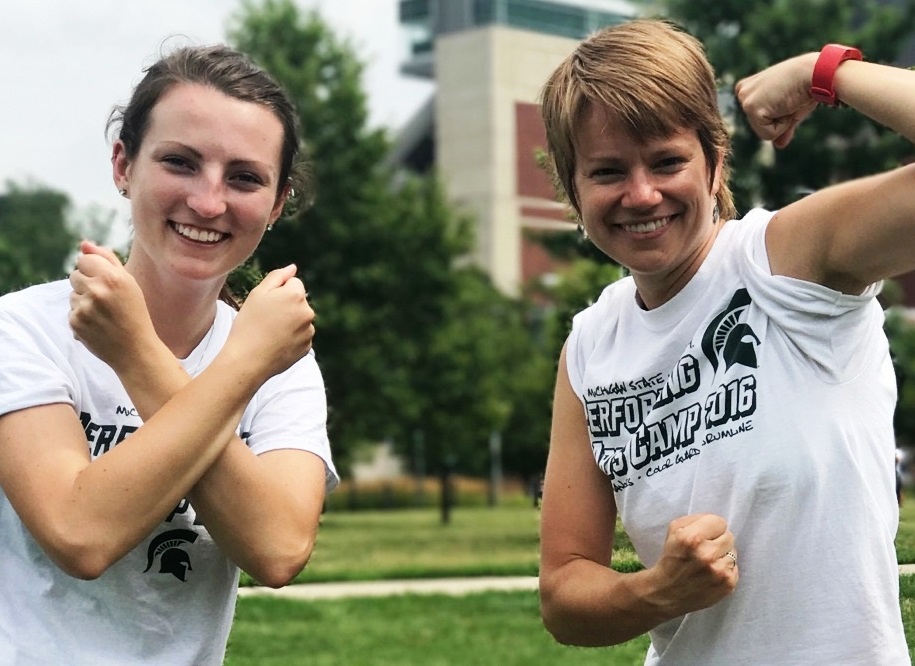 Hearing the news about becoming a drum major in the SMB was unreal. I was training for a half marathon at the time and was out for a long run. I came home and got the email and was so tired I dropped to the floor. It was incredibly relieving and exciting at the same time. I called my mom and the entire conversation was her screaming at work!

Any interests outside of music/band?

My interests outside of band include playing IM soccer, running, hiking, and traveling. I love golf, however I’m terrible. My brother was a golf pro and my sister went to state finals for golf in high school. The genes somehow missed me.

I love the SMB and I am honored to step into the role of Drum Major! 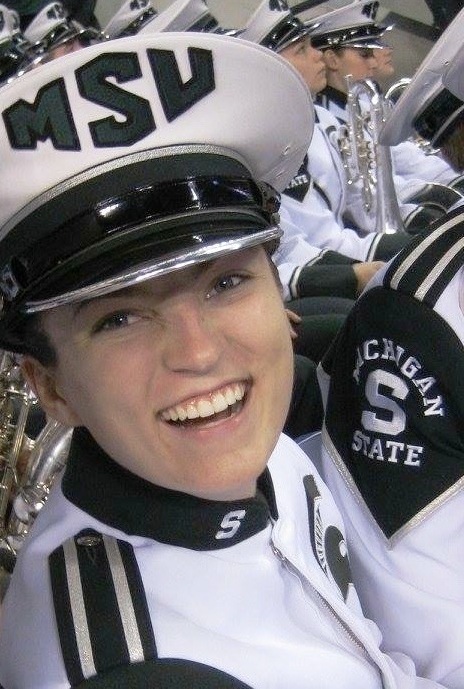