The Spartan Marching Band has a rich history dating back to the 1870s. From its earliest days as a student-directed ensemble, the band was popular among the student body. As the years passed, the band became a unit of the cadet corps, creating some institutional structure but lacking any formal direction. A band director was first appointed in 1907 to guide the band more directly. Upon the hiring of Leonard Falcone in 1927, the Spartan Band entered a new era of growth. In this period, Michigan State joined the Big Ten Conference and the band evolved into a powerhouse Big Ten marching band. The Falcone era, which lasted forty years, through 1967, instituted numerous longstanding traditions. Subsequent directors – Begian, Bloomquist, Hegerberg, Chevallard, Catron, Wiedrich, and Madden – brought forth changes and sustained beloved traditions. Today, the thirteenth director of the Spartan Marching Band, Dr. David Thornton, leads the ensemble into the future with enhanced technology and vision while sustaining the history and tradition that has grown so special to the band and its alumni.

Visit each page via the links above for extended details into the fascinating history of the Spartan Marching Band. 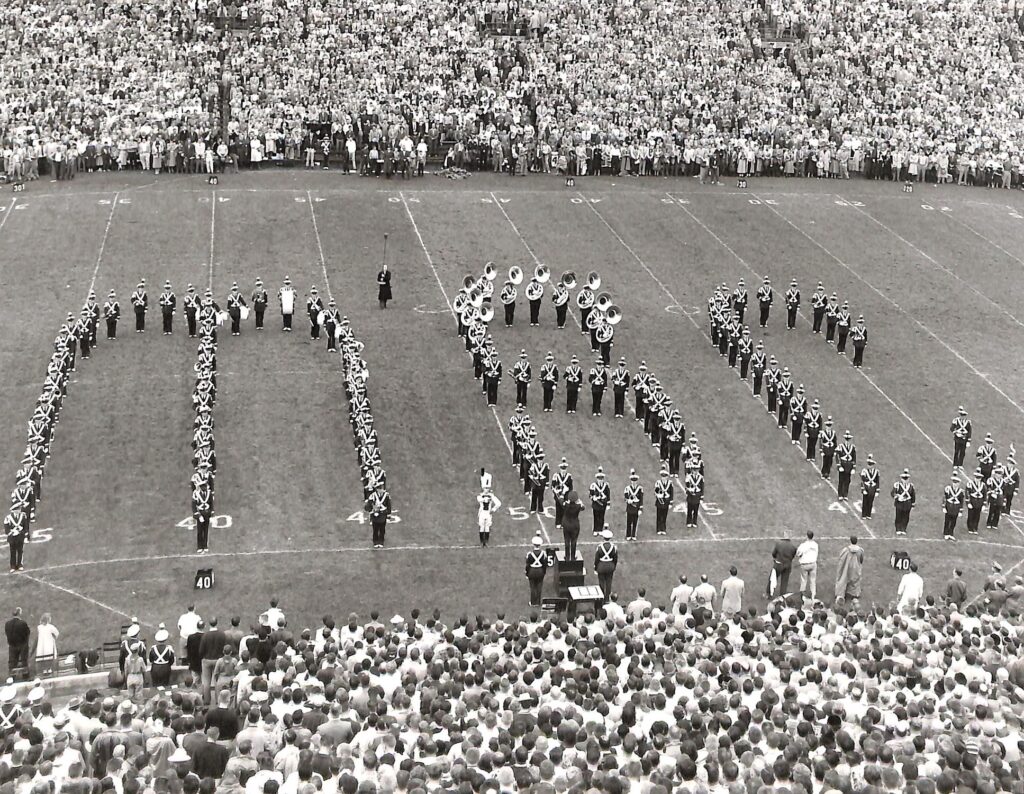